The Statistical Accounts of Scotland - a useful resource

The following is an article previously published in the new defunct Your Family History magazine in 2013. I have slightly updated it in parts (links, etc!):

The Statistical Accounts of Scotland

Knowing when our forebears were born, married and died helps us to understand the parameters of their former existence, but knowing about their communities, occupations, religious beliefs and politics is what really helps us to bring their stories to life. For those with Caledonian-based ancestry an extraordinary collection of contemporary parish reports, known as the Statistical Accounts of Scotland, can help us to do just that. Between the 18th and 20th centuries there were three such accounts drawn up on a national basis, the first in the 1790s, the second in the 1830s, and the third over a considerably longer period in the late 20th century. A fourth account for East Lothian has also been published across seven volumes for the period from 1945–2000 (see https://el4.org.uk/).

The first of these accounts, known as the ‘First’ or ‘Old’ Statistical Account, was drawn up between 1791 and 1799 under the authority of Sir John Sinclair of Ulbster, a Member of Parliament for Caithness who was also known as ‘Agricultural Sir John’. Sinclair asked each of the 938 Church of Scotland parish ministers across the country to provide detailed descriptions of their patches based on a supplied list of 166 questions, with such varied information as the names of the principle landowners in a parish, the presbytery and synod to which each parish belonged, local antiquities of note, geological observations and more. In addition the ministers were asked to include a short history of the parish and a contemporary description of the population, noting everything from their religious habits to their principal occupations and manufactures.

‘Statistical missionaries’ were sent around the country to cajole those who fell behind schedule. The entries were published as they were received, in no particular geographical order, meaning that the first volume, for example, starts with an account for Jedburgh in Roxburghshire, then Holywood in Dumfriesshire, Portpatrick in Wigtonshire, and so on.

Whilst very few of the accounts name individuals (other than key landowners, ministers and entrepreneurs) they nevertheless provide a great deal of detail on the ordinary lives and customs of the working folk of the parish, as well as information on recent parish changes. In the Midlothian parish of Lasswade, for example, the minister noted how it was ‘about 50 years since the first paper mill was built in this parish; and within these 30 years, the number of people employed in this manufacture has increased from about 30 or 40 to about 260’.

The habits of the parishioners’ day-to-day life are also recorded, and being observed from the minister’s perspective, can often be critical! When discussing marriage customs for the parish of Monquhitter in Aberdeenshire, for example, the writer noted his disgust at the festivities surrounding the ceremony:

When a pair were contracted they, for a stipulated consideration, bespoke the wedding dinner at a certain tavern, and then ranged the country in every direction to solicit guests. One, two, and even three hundred would convene on these occasions to make merry at their own expense for two or more days. This scene of feasting, drinking, dancing, wooing, fighting, was always enjoyed with the highest relish, and until obliterated by a similar scene, furnished ample materials for rural mirth and rural scandal.

The level of enthusiasm for the project experienced by each minister varied. In the Ayrshire parish of Largs, for example, the submitted account was so short that a second account was submitted by an anonymous ‘Friend to Statistical Enquiries’ to make up for the shortfall in detail.

Nevertheless, the initial exercise was deemed so successful that it was felt prudent in 1832 by the ‘Committee of the Society for the Sons and Daughters of the Clergy’ to create a follow on exercise, in the form of a second or ‘New’ Statistical Account, which was drawn up between 1834 and 1845. In structure this was very similar in basis to the first account, though in the rapidly expanding cities many additional observations were added to the reports. Publication in this instance was made on a county-by-county basis, with the first volume dealing with Edinburghshire (Midlothian), the second with Linlithgowshire (West Lothian), Haddingtonshire (East Lothian) and Berwickshire, and so on, for 15 volumes.

One of the great advantages of the two accounts is the ability to compare the progress of a parish between the two reports, with much of the country being radically transformed between them thanks to both the Industrial and Agricultural Revolutions. It is possible in some cases to see what attracted a family to a particular area, and in others to see what may have driven them away. A good example lies with Perth, with the two accounts recording a dramatic ‘boom-and-bust’ cycle across half a century. The original account from the 1790s describes the thriving handloom weaving industry, noting that: ‘the staple manufacture of Perth is linen, and of late, a considerable quantity of cotton cloth. There are above 1,500 looms employed in the town and suburbs; which manufacture of linen and cottons, annually, about L.100,000 sterling value.’

By 1837, a very different picture was painted, with the minister noting a dramatic change in fortunes for the town’s weavers: ‘Owing to adverse circumstances and events, some capitalists failed, and others were necessitated to restrict their operations. The numbers of operatives thereupon diminished. Wages fell very low, and no small distress ensued.’ Again the minister pulled no punches, stating that there was no doubt that ‘the temporary prosperity of this branch of trade was chiefly owing to the too adventurous spirit of speculating individuals’.

As well as providing contextual information about our parishioners’ daily lives, the accounts can also alert us to the existence of particular record sets that might further our research. If, for example, a baptism record cannot be found for a person in a parish on ScotlandsPeople (www.scotlandspeople.gov.uk) prior to 1855, the year when Scottish civil registration commenced, the relevant statistical account may alert us to the existence of additional religious denominations within the parish, the records for which are not included on the website.

The names of the relevant landowners can also be useful, in that by identifying who the laird was for a particular area, the relevant estate papers can then be targeted for further research. The accounts may even explain why in some cases if records do exist they may still be of little use. In the second account for the parish of Kinclaven, for example, the Reverend Henry Henderson noted that: ‘It is to be regretted that parents are not sufficiently sensible of the importance of registering the births and baptism of their children. Among the Dissenters, especially, great negligence in this respect still prevails.’

Occasionally the accounts can provide some rather unusual quirky tales that may need to be taken with a pinch of salt! In the first account for the Dumfriesshire parish of Kirkmichael, the minister recalled a story concerning one of his predecessors from some 50 years earlier: ‘One night as he was returning home, at a late hour, from a presbytery, he was seized by the fairies, and carried aloft into the air. Through fields of aether and fleecy clouds he journeyed many a mile.’

Fortunately for the minister there was a happy ending: ‘Being thus sufficiently convinced of the reality of their existence, they let him down at the door of his own house, where he afterward often recited to the wondering circle the marvellous tale of his adventure.’

The first two Statistical Accounts collections have been made available at https://stataccscot.edina.ac.uk/static/statacc/dist/home. Through this you can search for the relevant account by parish name, county and account (i.e. first or second), which in most cases will be more than adequate for your needs. You can also do a keyword search across all accounts at one go and compare various anecdotes from parish to parish. The accounts are also linked to the later Ordnance Gazetteer of 1882–1885, and as well as the scanned page returns you get a transcript alongside that can be cut and pasted into any document you may be writing, which can be very useful. There are also several related resources, such as background documents to the records’ collation and more.

The records can also be found online at Google Books (https://books.google.co.uk) and via the Electric Scotland website, with the first account available at www.electricscotland.com/HISTORY/statistical/oldndx.htm and the new account at www.electricscotland.com/HISTORY/statistical/index.htm. The records from these later sites can be downloaded and saved in PDF format. The third accounts from the 20th century are not digitised, but can be consulted at local libraries. 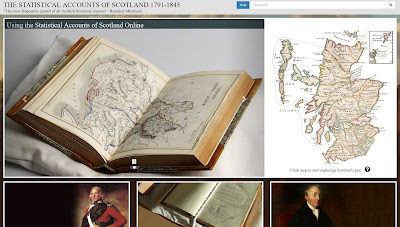 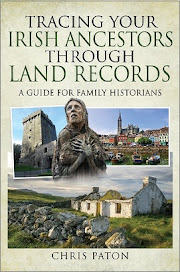 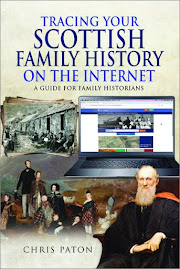 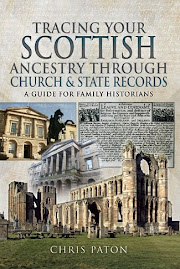 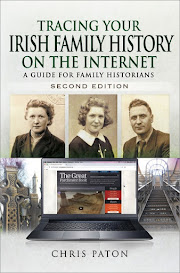